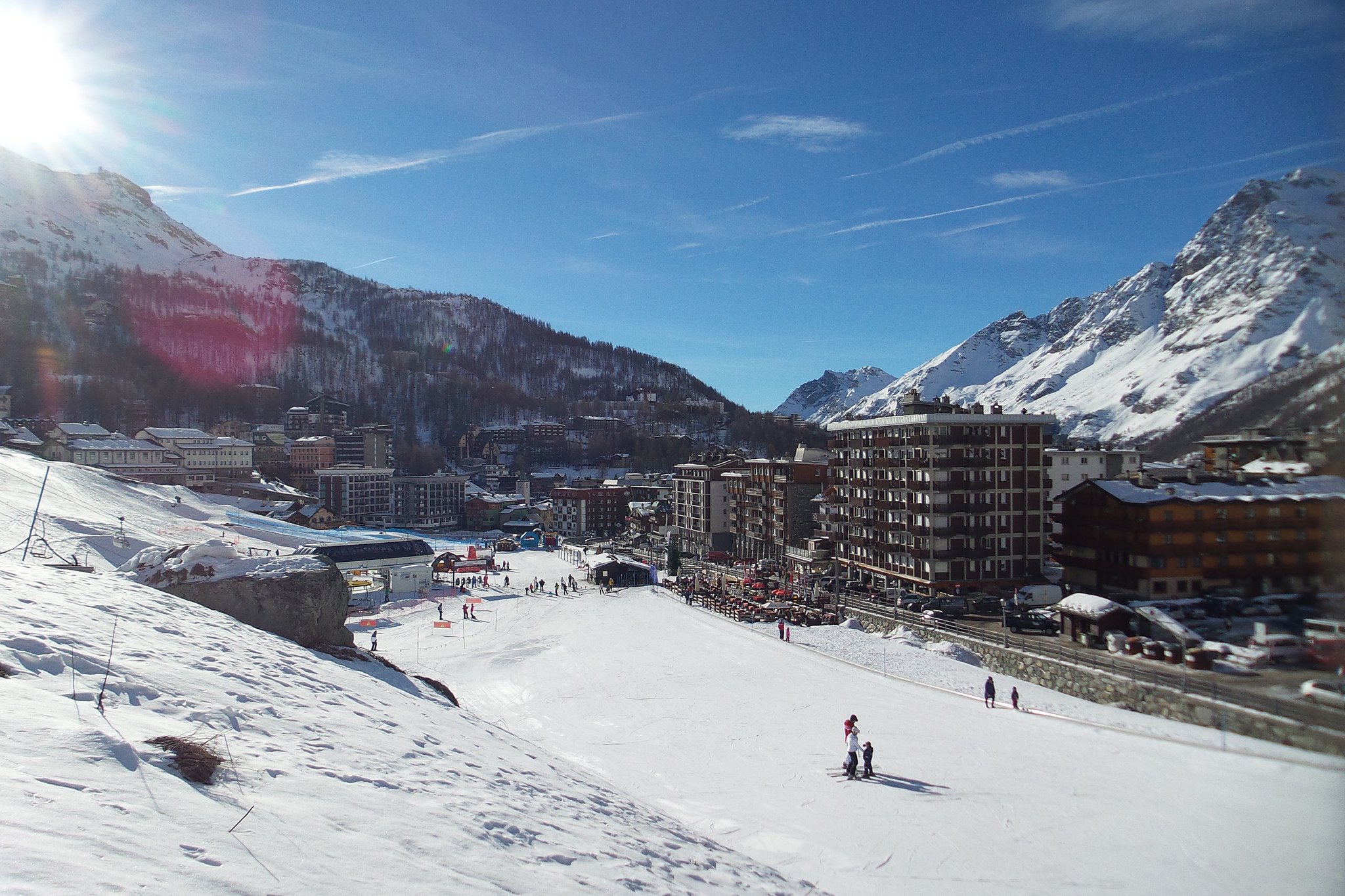 Born in the late 1800s north of Valtournenche, at 2050 meters above sea level, Cervinia, or rather Breuil-Cervinia, is today one of the most famous ski resorts in the Aosta Valley. Cervinia is located 27km from Chatillon, 30km from Saint Vincent and about 50km from Aosta.

Breuil is the original name of this locality, in the Aosta Valley dialect it literally means “land of many waters”, symbolizing the ancient wealth of this area of lakes, streams and small streams.

The first buildings in Cervinia were built at the end of the twentieth century, when the first mountaineers reached this location during the climb to the summit of the Matterhorn.

In 1934 the Cervino Company was founded, with the aim of transforming Cervinia into a tourist destination, thanks to the construction of modern ski lifts, only two years later the Breuil-Plain Maison cable car was inaugurated (up to 2555mt) and from this moment the rapid growth of this locality begins, which in a few years has become one of the most important ski destinations in Italy and Europe.

In 1939 a new cableway was built that led from Plan Maison to Testa Grigia, at 3480mt, where the perennial glaciers of Plateau Rosa are located, for the time it was one of the most modern lifts in the world, and the highest in Italy. .

What to see in Cervinia

Luigi Amedeo di Savoia Capanna Museum: a bivouac located on the south-western ridge of the Matterhorn, at 3480 meters. This bivouac was built in 1893 in Turin and transported to Cervinia, it served as a refuge for the normal Italian route to the Matterhorn until 1968, when it was replaced by the Jeanne-Antoine Carrel refuge. In 1995, due to the numerous landslides that affected the area, the hut was dismantled and since 2009 it has stood in front of the office of the Cervino Guide Company.

“Una Montagna di Lavoro” Museum in Plateau Rosa: Located at an altitude of 3500 meters, this museum exhibits an exhibition of photos and equipment that tell the story of the work for the construction of the Plateau Rosa and Furggen cable cars.

Plateau Rosa: is a perennial glacier nestled between the Piccolo Cervino, the Western Breuthorn, the Hump of Rollin, the Testa Grigia and the Colle del Teodulo. It is reached by the Plateau Rosa cable car – departing from Breuil-Cervinia. Particularly interesting is the Palazzo di Ghiaggio, near the Piccolo Cervino cable car, it is a series of caves dug into the ice about 15 meters deep, with suggestive sculptures.

Lago Blu: characteristic little lake just below Breuil-Cervinia, the original name was Lago Layet, but it was soon changed to Lago Blu for its bottom, which reflects colors of a particularly intense blue.

Goillet Lake: artificial lake just above Breuil-Cervinia, it is mainly used for the production of hydroelectric energy and for the programmed snowmaking of the slopes, an interesting element is the dam built thanks to the railway that came from Les Perrères.

Cervinia is certainly the queen of all winter and summer tourist destinations in the Aosta Valley. At the foot of the Matterhorn, nestled between valleys and imposing hills, it is a marvel for the eyes and the ideal place for a totally relaxing holiday in the mountains, both in summer, when you can indulge in walking, trail running, golf, mountaineering and mountain biking. , which in winter when the snow-covered slopes are waiting for you !.

HOTEL MEUBLE GORRET: family-run charming hotel in the heart of Breuil-Cervinia, at the beginning of the pedestrian area. The rooms have a breathtaking view of the mountains.

LES NEIGES D’ANTAN: elegant hotel just outside Cervinia, in a small village of wood and stone houses, surrounded by woods and meadows. Charming rooms and suites, with wooden floors and walls, a wellness center and a restaurant.

HOSQUET LODGE: delightful family-run B&B, furnished in a modern style, has 6 rooms finished in oak wood. In a quiet and central position, a few meters from the ski lifts and from the center of Cervinia.

B&B CUORE DEL CERVINO: beautiful b & b inspired by mountain chalets, just a few minutes from the ski slopes and ski lifts. 5 welcoming rooms furnished in a rustic-mountain style.

SAINT HUBERTUS RESORT: surrounded by a large pine forest, with a panoramic view of the Matterhorn, the resort is only 5 minutes from the center of Cervinia. Designed by the architect Savin Couelle, exclusive apartments, restaurant, bar, champagneria, library, swimming pool with thermal water, spa and fitness room are available to guests.

AUX PIEDS DU ROI SUITE & SPA: eco-maison with a view of the Alps, an ambitious bio-architecture project, between green technologies and cutting-edge design. The suites are equipped with all comforts, with wooden floors and mountain-style furnishings. Guests have access to a spa with wellness center – sauna, steam bath, emotional showers, cabins for massages and treatments -, gym and swimming pool with hydromassage.

What could be nicer than relaxing after a long day of skiing or hiking and savoring excellent traditional dishes?!?! The cuisine of the Val d’Aost is rich, intense and varied, an explosion of flavors, from vegetables to cheeses, from salami to wild berries, many traditional recipes for truly unique and certainly unforgettable dishes!

Beautiful, especially if you are lucky enough to go on a clear day … and the spectacle is truly breathtaking on the glacier and Valtournanche …

The historic center is certainly interesting, fun to spend a few hours of leisure and shopping among the small shops and shops …

Breathtaking panorama of the Matterhorn

The village is intimate and welcoming and the view of the Alps and the snow-capped peaks is a priceless spectacle … moreover, with the ski lifts you can easily reach the Plateau Rosa glacier … a real spectacle!