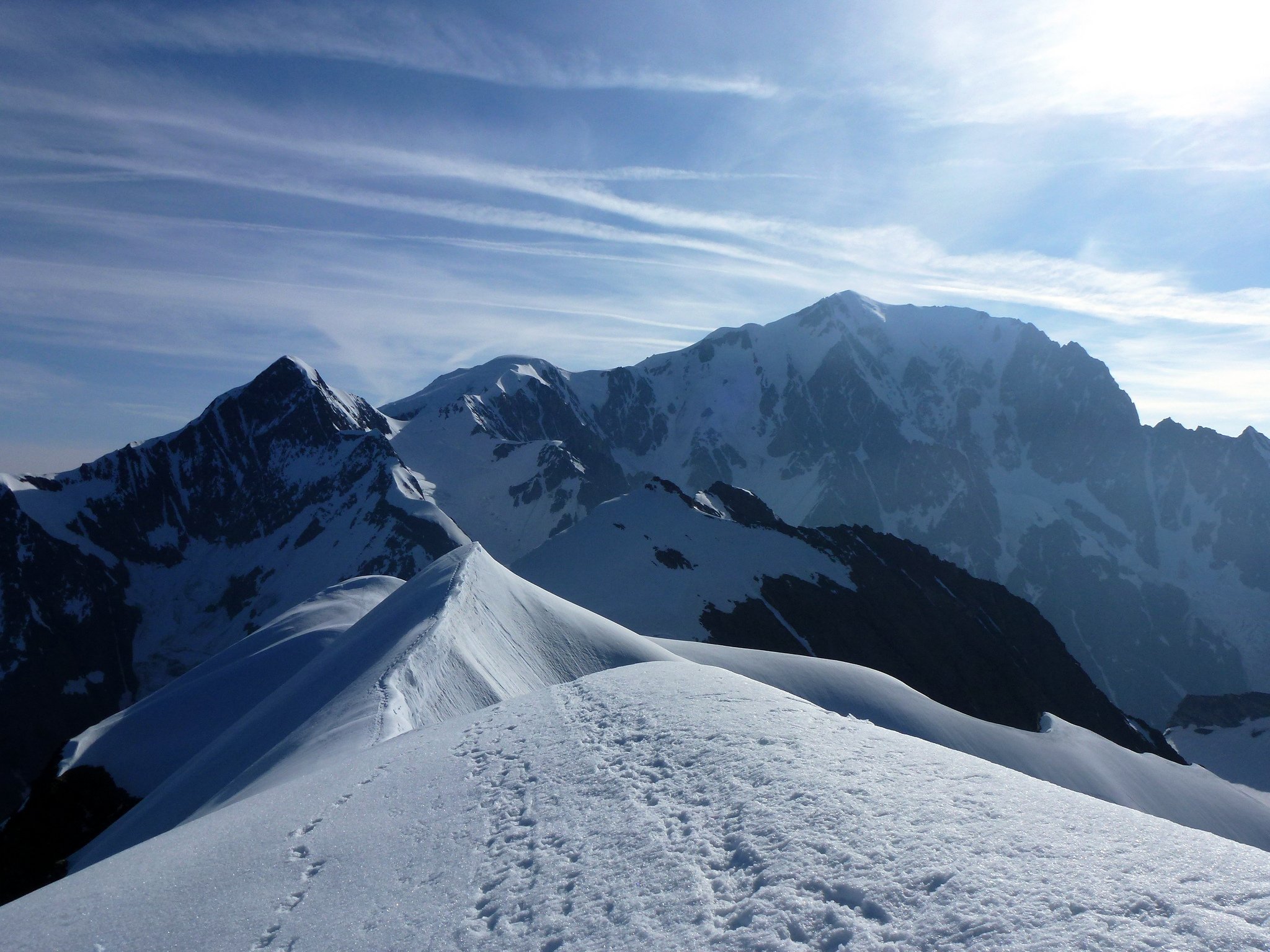 Mont Blanc is a relief of the north-western Alps, in the section of the Graian Alps, on the border between Italy, with the Aosta Valley, and France, with Haute-Savoie, between the municipalities of Courmayeur and Chamonix .

Mont Blanc stands at 4808 meters high and is the highest mountain in the Alps, and in all of Europe, a record that earned it the nickname of “King of the Alps”.

Mont Blanc is one of the most coveted mountains in terms of mountaineering, just think that the very birth of mountaineering is made to coincide with the first ascent to its summit, on 8 August 1786.

Perpetually covered with snow, Mont Blanc rises in the center of a mountain range that extends for a length of 40km and a width between 8 and 15km, over a total area of 645 km². On the Italian side of the mountain there are the most challenging peaks to reach, the Dente del Gigante, at 4014 meters, the Grandes Jorasses, over 4000 meters, the Aiguille Noire de Peuterey at 3773 meters, the Dôme du Goûter at 4306 meters, Mont Dolent at 3820 meters and the Spiers of Chamonix between 3000 and 3842 meters.

The mountain complex originated during the Tertiary Era, from the thrust between the Asian and African plates, mainly Mont Blanc is composed of granite, metamorphic rocks and sedimentary rocks, mainly quartz.

Punta Helbronner it is one of the best known peaks of Mont Blanc. It rises on the border between Italy and France.
It is located at 3462 meters above sea level. It owes its name to that of the engineer, cartographer and mountaineer Paul Helbronner, of French origin. Punta Helbronner is located north of Courmayeur and is served by the Skyway Monte Bianco and the Vallee Blanche tram, which crosses the summit and reaches Aiguille du Midi, in France, near Chamonix.
At Punta Helbronner, from the platform of the Mont Blanc cableway station, you can admire a wonderful view of the Aosta Valley and Piedmont. The ski slope that goes towards the Géan and Mer de Glace glaciers also starts from here.

The glaciers of Mont Blanc

Mont Blanc is one of the reliefs that hosts the largest number of glaciers, as many as 65, for a total area of 165 km². The most impressive glaciers are on the French side:

At 2175 meters there is the highest botanical garden in Europe, the Saussurea Alpine Garden, in the municipality of Courmayeur. It is one of the four botanical gardens of the Aosta Valley and hosts over 7000 square meters of native plant species of Mont Blanc. The garden takes its name from Horace-Bénédict de Saussure, who was the first to reach the summit of Mont Blanc and to whom the Saussurea Alpina flower is dedicated. Established in 1984 by the Donzelli, Gilberti and Ferretti Foundation, dedicated to the protection and study of the Mont Blanc lora, the “Espace Mont Blanc” project has also been active since 1987 with the aim of creating an international park. Inside the park live numerous animal species, the alpine chamois, the red deer, the roe deer, the marmot, the wanted, the eagle, the buzzard, the kestrel and the bearded vulture. The park is open from June to September.

Due to its vastness and its fame, Mont Blanc was the destination of many explorers and mountaineers at the end of the eighteenth century, this attendance made it necessary to create the profession of the mountain guide, to help travelers in their businesses, thus the first companies were born. alpine guides, the Compagnie des guides de Chamonix, founded on July 24, 1821, was the first in the world, and the Alpine Guide Society Courmayeur, in 1850, the first Italian mountain guide company and second in the world after that of Chamonix.

Conquering the summit of Mont Blanc

The first ascent to the summit of Mont Blanc took place on August 8, 1786 at 6:23 pm, with an expedition made up of two young explorers, Jacques Balmat, a 24-year-old crystal hunter, and Michel Gabriel Paccard, a 29-year-old doctor, both from Chamonix. The enterprise was strongly desired by the scientist Horace-Bénédict De Sassure who, 26 years earlier, had promised those who had climbed the summit of Mont Blanc first, as many as 3 guineas – an ancient British currency -. The climb to the summit was one of the most important events in history, it was followed with the telescope for its entire duration, by the Prussian baron Adolf Von Gersdorff. The first to step on the pure snow of the summit was Paccard, the two young people arrived on the top of the mountain after fourteen and a half hours from the start and remained there for 34 minutes. De Saussure himself, proud of the result obtained by the two young people, decided to set out to conquer the summit, then organized an expedition for August 13, 1787 and in his enterprise he was accompanied by 18 guides and a personal servant. The king of Sardinia, Vittorio Amedeo III of Savoy, was so impressed by the scientist’s enterprise that he recognized a cash prize and the nickname “called Mont Blanc”, Paccard because of his jealousy towards the fame of the scientist, was well soon forgotten and discredited, in fact all the honors for the first climb were soon left to his companion Balmat – who in his defense, always defended his companion, even with written testimonies that were never made public -. Following these defamations, for many years for the whole scientific world it was De Saussure who was considered the first to have conquered Mont Blanc. The story was clarified only in the early 1900s, thanks to the diaries of Baron Adolf Von Gesserdorff, who had documented the entire first climb in 1986.

Later there were numerous other ascents to Mont Blanc, the first woman to reach the summit was Marie Paradis, on 14 July 1808, accompanied by her 14-year-old son Gédéon and Jaques Balmat as a guide, thanks to this feat the woman was nicknamed ” Marie du Mont Blanc ”, the first ascent in winter was carried out on January 31, 1876 by Mary Isabella Stratton, Jean Charlet, Michel Balmat and Sylvain Couttet.

Mont Blanc is the highest mountain in Italy and central Europe, which is why it has been nicknamed the “Roof of Europe”.
But how high is Mont Blanc?
This is a difficult question as the peak, although it seems strange, changes its height from year to year:

These slight variations depend on the glaciers present on the summit, in fact it is enough that a year is more or less cold than the previous one to determine a variation, albeit slight, in the measurements.

Along the way to the summit of Mont Blanc there are numerous shelters and bivouacs, the main ones being: 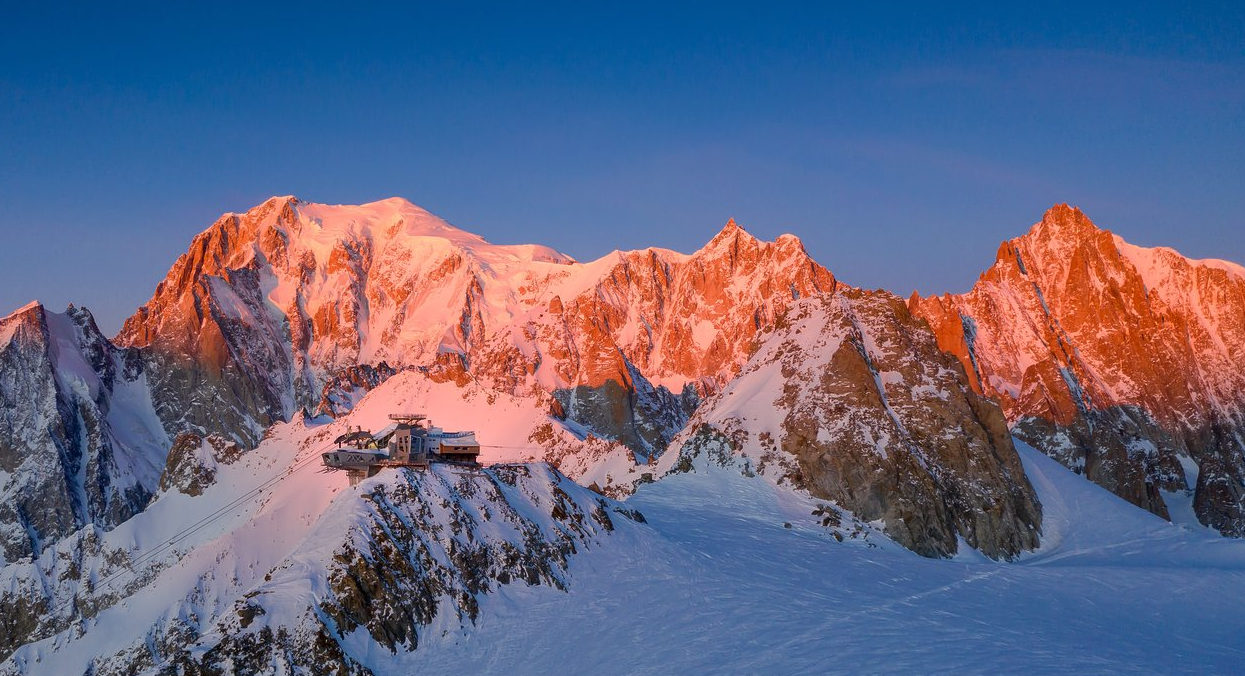 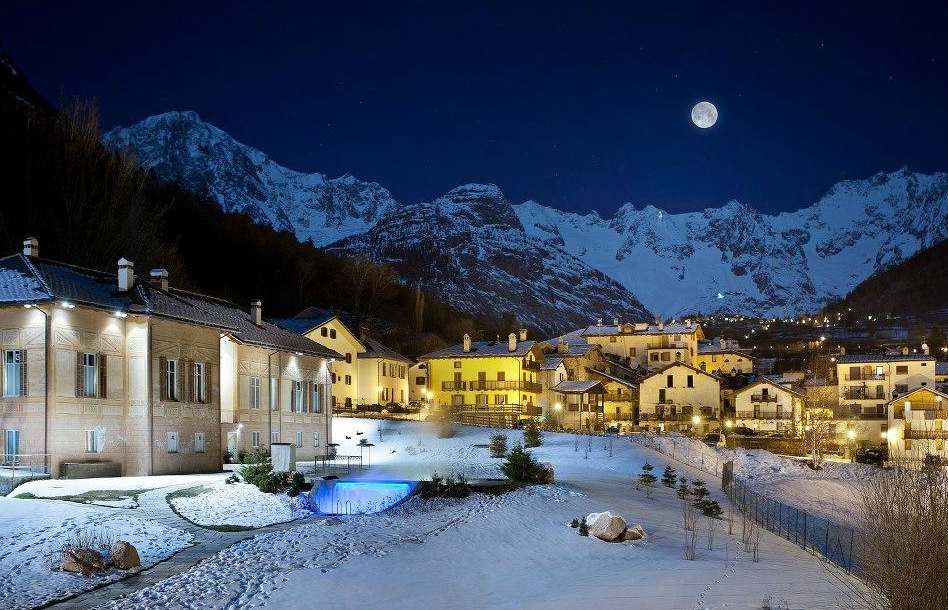 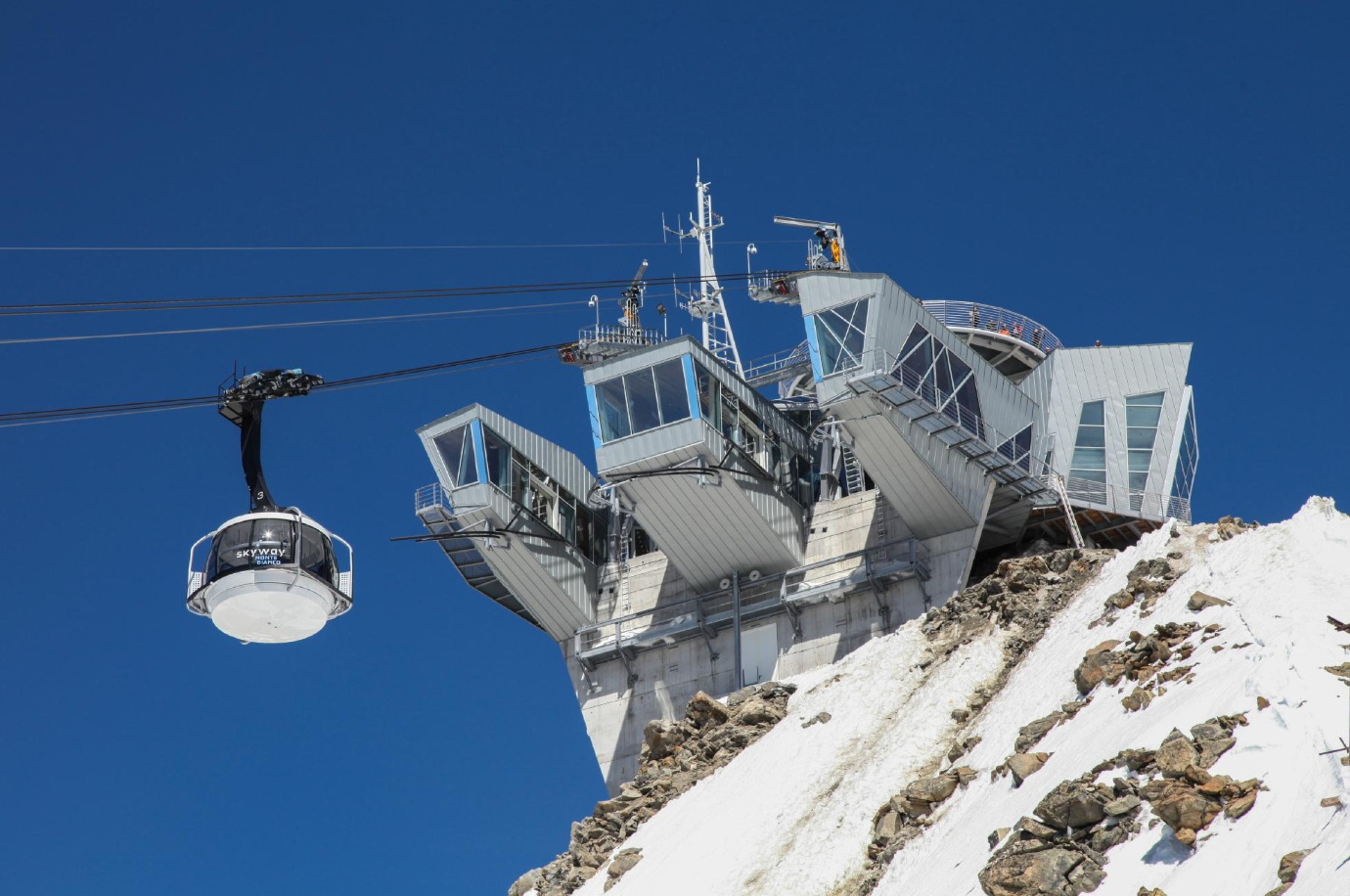